Anybody who is anybody was sure to have a mesmerising experience watching Penryn College’s production of Bugsy Malone. Over one hundred students came together in acting, singing, dancing roles, as well as back stage, tech team and the live band to create a sell-out performance of Bugsy Malone. One student’s experience of Bugsy celebrated that the students involved from years 7-11 ‘came together as a family, for an experience they will never forget.’ The lead roles were a mix of year 8, 9 and 11 students who first auditioned for their roles in May and have spent hours learning lines and knowing their characters. The whole cast committed hours of their time for rehearsals after school, Saturday mornings and a full day in the October half term ready for the opening show on Thursday 2nd November that had an audience of over 200 primary students from the local area. The students did two daytime shows as well as two evening shows. One parent watching in the audience shared how her daughter ‘had just had the best time being part of it and I felt so emotional (and still do today) watching her along with her friends, some of whom she has been with right through preschool and primary school, and now here they are in Y11…”

The young people who were involved in this show were not only professional throughout the whole production of Bugsy, but came together to form friendships that would stay with them throughout their time at Penryn College. The cast supported each other learning lines and spent time helping each other to learn choreography and stage directions to ensure the show was the best it could be for their audience. Assistant head Kirstie Oliver describes ‘…The range and ability of the children is unique I feel to our school. And didn’t they shine!’

One parent congratulated the Creative Arts department for ‘…The quality of the young people you produce never fails to amaze and stun and we were deeply impressed with all the performers last night.’ Finn and Guy, both in year 11 who had lead roles reveal that ‘the work and time put in by the cast and staff alike was incredible, despite it being a big commitment. The time we spent working on this show was reflected in the standing ovation we received.’

The sense of community and togetherness that was felt between all of the students involved in Bugsy reflects our Penryn College way. Head teacher Paul Walker describes this musical as ‘the best show he had seen in this school.  It was a warm, superb and fantastic experience.  A pure piece of magic’ after the show Mr Walker celebrated with the students backstage on Friday night and greeted them all with a handshake and congratulations.

We are very proud of our young people and want to thank them for their hard work and commitment shown for this show. Without them this production of Bugsy Malone wouldn’t have been possible. 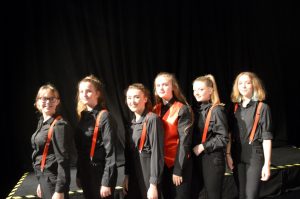 Coronavirus Update: You can read Mr Walker's latest update via our website: https://t.co/k8GijFAk9d.

Staff are available 24/7 to provide advice, guidance, and support to people who may be worried about their own or somebody else's mental health.

Please see Mr Walker’s latest update below: Good afternoon. I hope you are well and have had the chance to…
View on Facebook
·Share

Staff will be available 24/7 to provide advice, guidance, signposting, and support over the phone to people who may be worried about their own or somebody else's mental health.