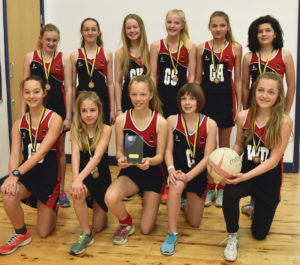 March 10th marked the first of the three victories when some of our youngest players came first out of 26 teams in the County Schools Netball Tournament. The year 7 team gave an exceptional performance at the tournament, held at Camborne Science and International Academy, showing that their commitment to training has really paid off. Truro School and Truro high School were among some of the stronger teams the girls beat on their way to victory. More on their story in our previous Sports round up. 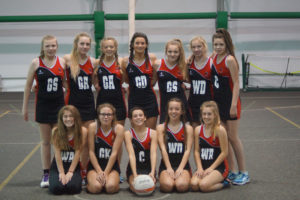 The next success came on March 22nd from the U15 team. Having made it to the quarter finals of the National Schools Netball cup earlier in the season, the girls were in great shape as they travelled to Paignton Academy to compete in the South West State Schools Tournament. First, the girls played against 6 schools from Devon including St Peters, Devonport High School, Okehampton College and Sidmouth College. They won all of these matches and qualified for the semi-final, beating Churston Ferrers Grammar School 11-3! Their streak of success continued all the way to the finals where not even Torquay Grammar School for Girls could stop their 10-8 win! 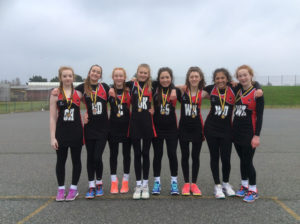 Just two days later the Year 8 team joined their peers by winning their County Schools Netball Tournament. During the first stage they won against every team in their group – an impressive feat in itself. As they progressed they competed against the other group winners, winning matches against Truro School, Budehaven, Richard Lander and Penair. “It was an impressive performance and the team showed great focus throughout the long day” said Coach Angela Walker.  The year 8 girls retain their County Champion title from last year and along with the year 7s have set a new record as it is the first time Penryn College has won both County School Tournaments in the same season!

“It’s a fantastic end to the season for all teams”