Ten Penryn College students took on the Ten Tors challenge over the first weekend of May. The legendary event is organised by the Army and supported by organisations such as the Dartmoor Rescue Group. This year saw 404 teams leave the starting line, carrying with them everything they needed to be self-sufficient for two days on the moors. 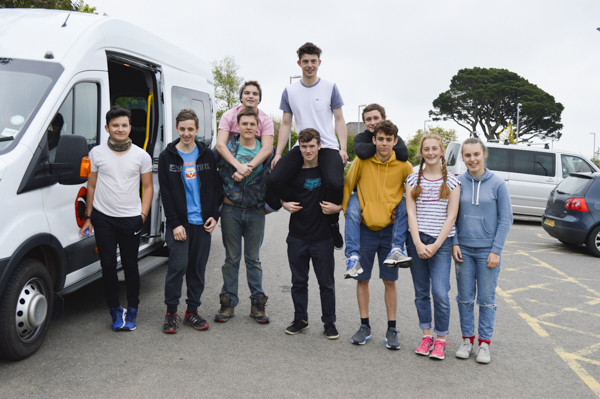 The Penryn College Ten Tors Teams before setting off on Friday. 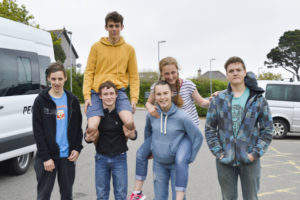 Last year our 35 mile team set a school record by finishing the challenge at 15:09. With this target in mine, this year’s 35 mile team set off at 7am. After a strong start they were well ahead of their route card time and kept their pace throughout the day. Their cut off time for that day was 17:40, when they would have to make it to Postbridge. However, after a burst of speed, they checked into Postbridge two minutes early and were allowed to carry on the Fernworthy Reservoir where they camped between their 7th and 8th Tor. After another early start on the Sunday, the team were full of spirit as they crossed the finish line at 11:10. A new record for Penryn College! 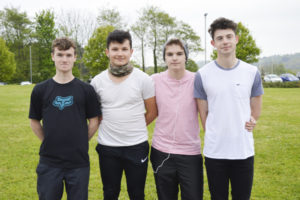 Veterans to the 35 mile challenge, our 45 mile team once again performed well above expectations. The team set out at a great pace and showed excellent teamwork. They stayed ahead of all other teams on their route and camped just before their 8th Tor, which is the furthest they are allowed to walk on the first day. Unfortunately, they were dealt a big blow when Gary had to retire with a knee injury late on Saturday night. The students had been determined to complete the challenge together. But this didn’t stop them or slow them down. Motivated by a great first day pace, the team quickly completed the last two Tors and finished the challenge at 10:27, knocking 5 hours off last years’ time and walking 10 miles more.

“Both teams have shown real commitment to this year by completing over 80 hours of training and this showed in the times set on Sunday. It was really rewarding to see the teams cross the line with smiles on their faces and it’s been great to see how the students have developed throughout training and should be really proud of their achievements. I just wanted to say a massive thank you parents and my team of staff that gave up their time to help the team by giving the students the knowledge and confidence to complete the challenge” 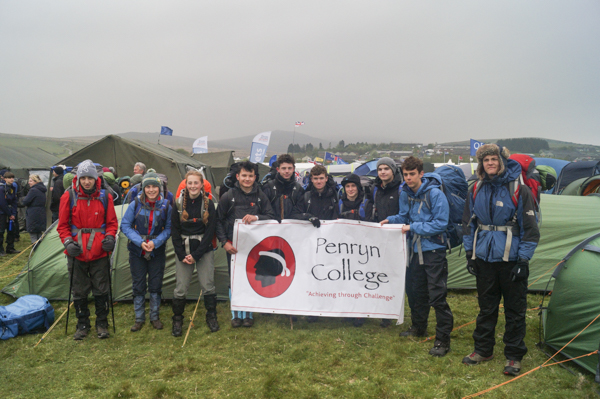 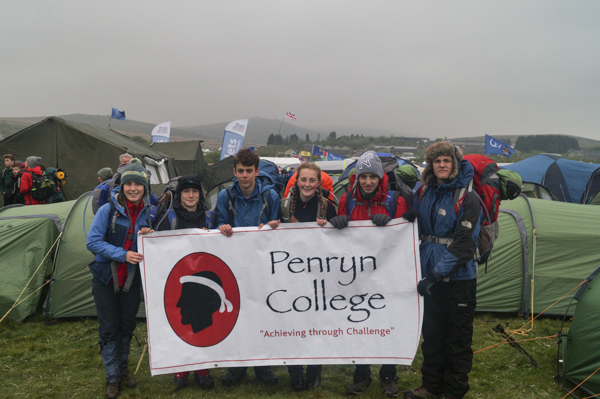 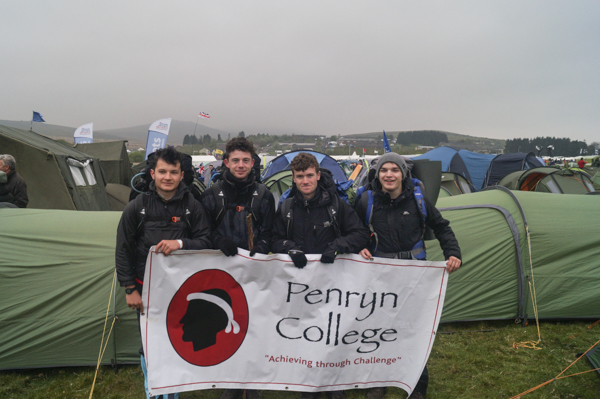 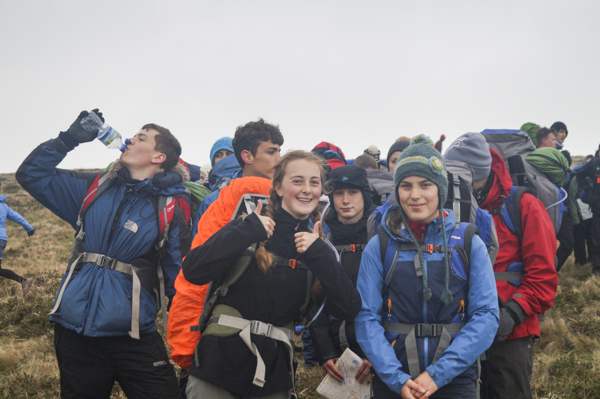 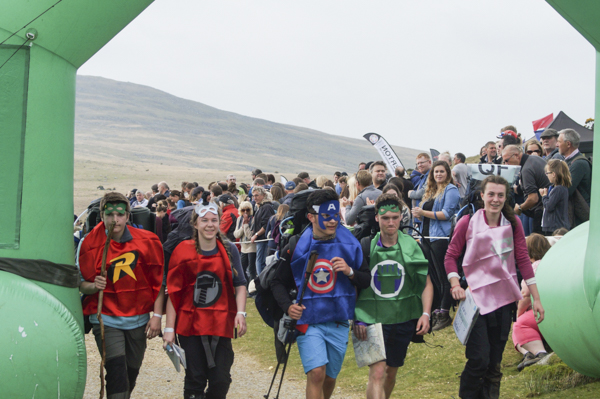 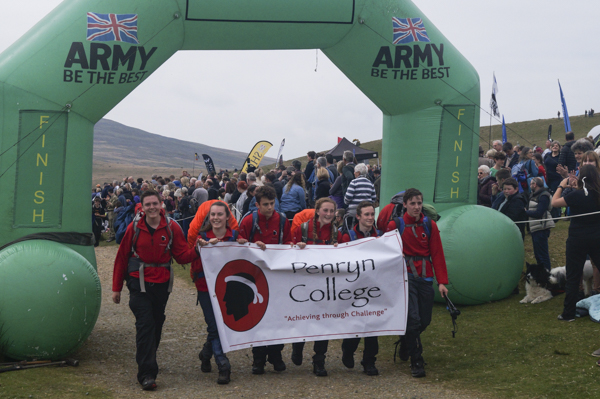 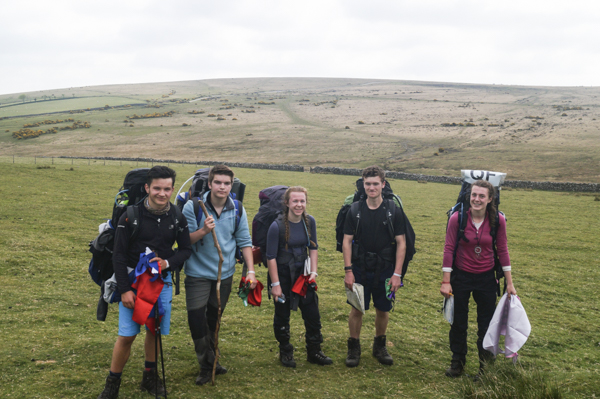 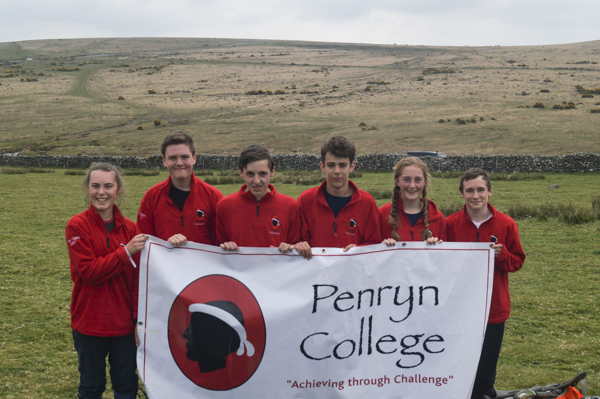 Army in the South West posted this brilliant video to show what the Ten Tors is all about. Some of our teams feature right at the start!

"If there is anything more important than the will to succeed, it is that the will shall not falter" Lieutenant Colonel Lionel Hugh Michael Gregory – Founder of the Ten Tors ChallengePlease enjoy this video – watch it to the end and if you see your team – let us know!Although known as the ‘Ten Tors’, the event has another name and another purpose as it serves as the backdrop for Exercise WYVERN TOR, a high-level military resilience exercise led by the British Army’s Headquarters Southwest based in the heart of Salisbury Plain in Wiltshire. This weekend all the teams had the ‘will’ and did not 'falter' and are an inspiration to everyone.The Army in the South West congratulate all of those who took part.Ten Tors