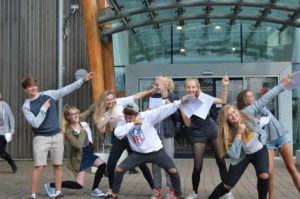 Students at Penryn College had their own ‘Olympic’ golden moment today, celebrating results which far outstripped every other year in total number of passes, number of A* and A grades and range of subjects.   The 2016 year group proved that they are real all-rounders, gaining superb GCSE results on top of impressive personal, creative and sporting achievements.

Marie Hunter, Headteacher, said, ‘We are so proud of our young people, not only because they have studied hard and achieved their academic potential, but because they have also taken a lead in so many other ways.  They are an inspirational year group, and brilliant role models for our younger students.  I am sure we are applauding Cornwall’s leaders and Olympians of tomorrow! Why not?’

The College is delighted that students of all abilities, regardless of their starting point, have made really exceptional progress since Year 7.  Nearly three-quarters of the students made even more progress than expected by government standards.  Progress and pass rates in English, Maths and Science have gone up – a huge 83% of students achieved A*- C in pass in English.  Boys, too, are winners this year, beating last year’s boys with a 22% increase in A-C passes. Over half of all students, 121 young people in total, gained at least one A* or A grade, demonstrating that a gold standard of success is attainable for many.  46 young people gained 5 or more A/A* grades, 14 of whom were awarded more than 10 A*/As.  Overall, more than 70% of all students, including those with special needs, gained English and Maths at grades C and above –  continuing the upward trend in results. 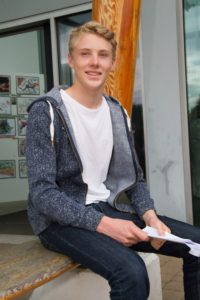 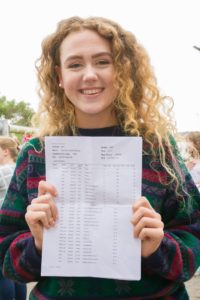 Henry Preston, Chair of Governors, reflected, ‘This is exactly what the College does superbly – producing well-rounded young adults who will go on to contribute to their communities – it makes the hard work of staff and governors so rewarding.’ 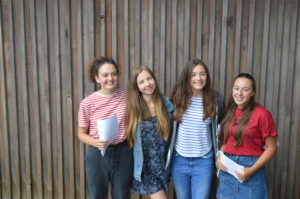 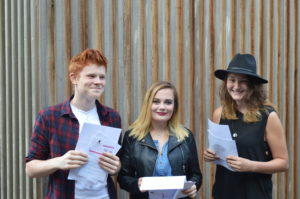 Head Boy, Bertie Duncan said, “I ‘m really pleased – I got 100% in three of my science papers and that matters because I want to be a doctor.” Parents, too, expressed their delight. Dr Judy Duckworth, mum of Izzy Classey, who gained 8 A*/A GCSE passes, praised the “positivity” of staff and Mrs Bennett, (Rosie May-Bennett: 12 A/A* passes) identified the way students have been encouraged to work collaboratively as a factor in their success.

Behind this kind of GCSE success is a long journey which starts in Year 7 with a sharp focus by all staff on leadership opportunities, literacy, and learning beyond the classroom. The College has worked alongside parents to increase attendance rates and has valued their support for a change in the school day which protects the wide range of subjects on offer at GCSE. Just like this year’s Olympic medallists, students at Penryn College know that hard work, the right guidance and great support from family brings personal success.