Home / News / Christmas 2016 at Penryn College – it’s all about sharing, caring and giving

Christmas 2016 at Penryn College – it’s all about sharing, caring and giving

We do love Xmas here at the college!  We love it so much we always have two enormous 4 metre high Xmas trees – one in the foyer and one in our main hall.  However, there are some other important school traditions that make Xmas very special every year and 2016 was no exception. It starts a season of sharing, caring and giving that makes Penryn College a pretty special place.

Christmas began in earnest in early December with Prefect Charity Week .  The Prefect Team organised a fabulous range of Xmas themed fund-rasing activities which ran all week, raising over £1000 for the school’s nominated charity, Stanley’s Friends. Extremely popular was the sponsored Christmas Bauble, so our tree decs looked fabulous and  raised money for charity! 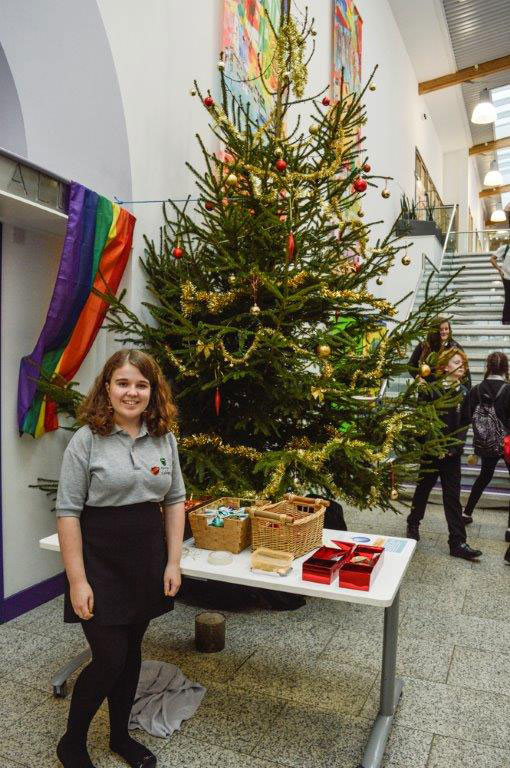 Amy, one of Charity Prefects, preparing to sell baubles to decorate Tree No 1! 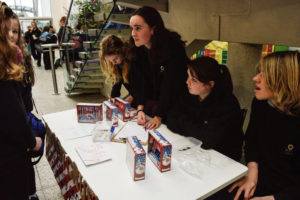 Cute candy canes proved popular with the students and a great fund-raiser!

On Monday 12th December, little Stanley came to school with his mum to switch on the Christmas lights.  She said ‘A massive thank you for raising a staggering amount of money in one week.  Stanley’s funding trails ended over the summer and it felt like a lifeline had gone.  With this fundraising we are in the best position for when a cure is found.’ 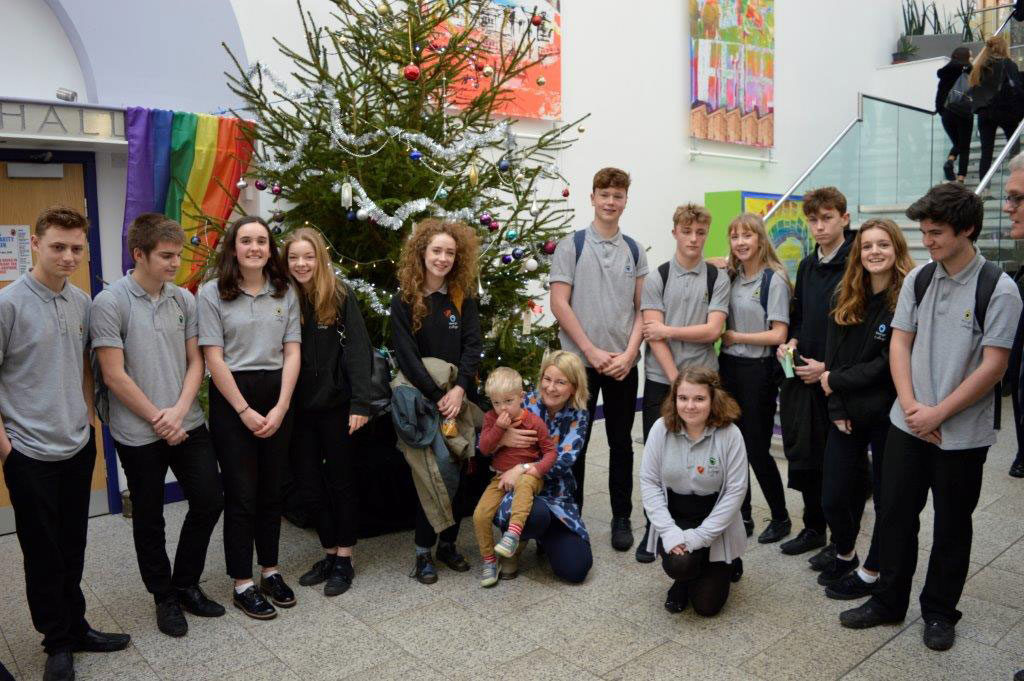 Funds raised by the students are being used to make a sensory playground in the back of Stanley’s garden so that he can release some energy safely at home.

The Interact group have raised a total of £620 since October half term:  £271 selling crocus bulbs (for every 10 bulbs we sold 10 were planted next to the memorial garden in the school so it will be looking resplendent in the spring); £149 on the Christmas Chocolate raffle and £200 was donated by Penryn Rotary Club to our Purple4Polio appeal.  The Bill Gates Foundation will triple what we have raised so the total stands at £1860!! 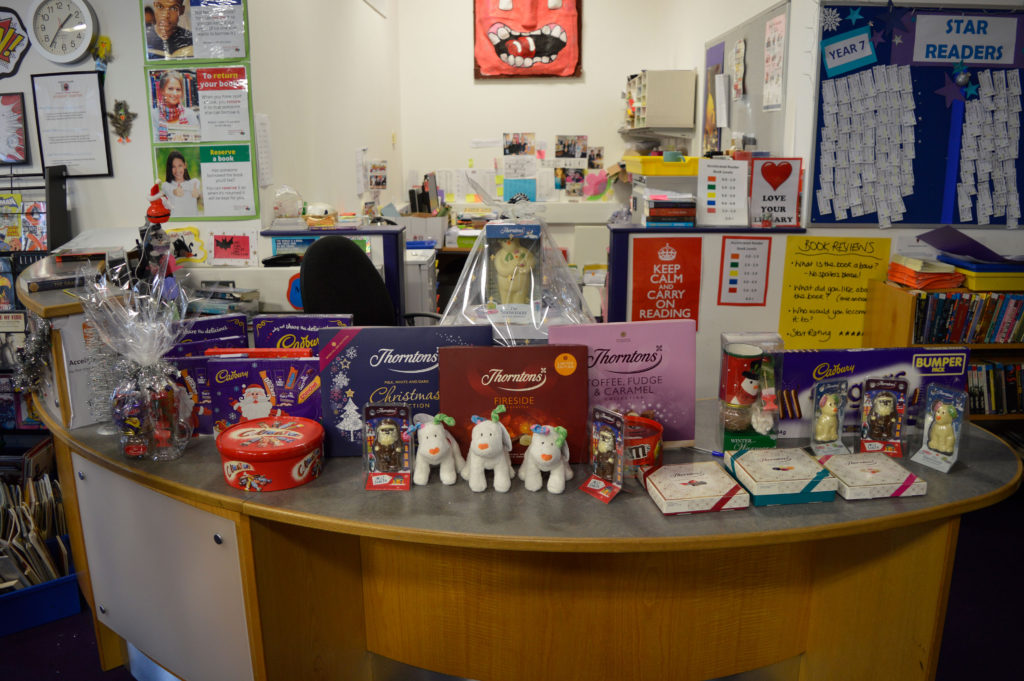 Finally, it is an important and lovely tradition that we open our doors to our community and host the annual Penryn College community Christmas Party. On Wednesday 14th December local ladies and gentleman, many of them old and familar friends,  arrived for festive refreshments and a warm, friendly teenage welcome. They were treated to a Christmas concert and Xmas carol sing song of their own, and each went away with a hamper of seasonal goodies!

Welcoming committee for our local residents