We could not be more proud of everything that our incredible students have achieved this year.  Over the past twelve months we have seen fantastic GCSE results, amazing sporting achievements, Ten Tors success, first class productions from the Creative Art Dept. with the Spring and Christmas concert on top of the unforgettable Bugsy.  The list is endless as the news section on the website shows, every week we have new achievements to celebrate!!!  What has really shone through is the work ethic and resilience of the students.  They manage their time effectively to get the most from their studies.  They turn up every day ready to learn.  They are kind and caring, supportive and non-judgemental and each and every one contributes to the unique Penryn College Community.  We wish you a fantastic Christmas and look forward to welcoming everyone back in 2018. 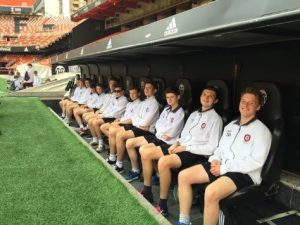 The U16 football team completed an incredible season with a record breaking run to Round 7 of the ESFA National Cup (last 16 of 500 schools), as well as winning the U16 County Schools Cup.

The boys would go on to be crowned Team of the Year at the Sports Personality Awards in June. 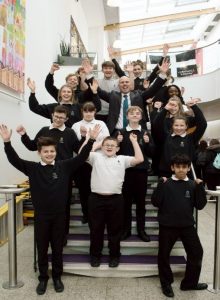 Ofsted – they came, they saw, they were impressed.

On 9th February 2017 Penryn College was visited by Ofsted, five years after the last inspection. Yesterday their report was officially released confirming that our school continues to be a ‘good’ school and that we have definitely improved. 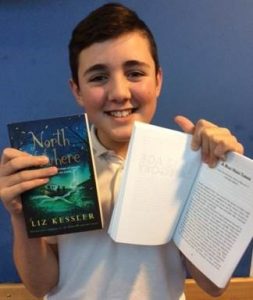 Finlay Trevartha-Smith entered the Cornwall Young Author Competition with his entry ‘A Read Head Turner.’ He won the Bronze award in his 11-13 age category. 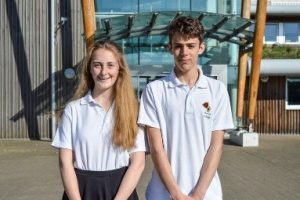 We are delighted to announce that Gabriel Gentile and Lauren Rowe
have been selected as the new head boy and head girl of Penryn College!  Guy Brooks and Molly Barlow will be their deputies, helping them lead a team of prefects and senior prefects 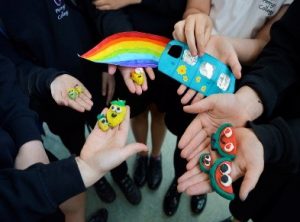 Penryn College Animation Club placed third out of 33 entries in the 51 second film challenge! The team took to the stage at the Truro Plaza cinema to collect their fantastic trophy and a prize of £250. 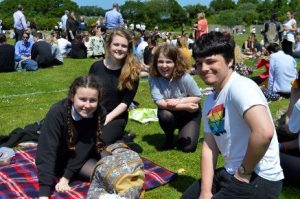 The Great Get Together

This was inspired by MP Jo Cox, who was killed on June 16th last year.  Staff and students brought blankets, food and stories to share with each other, and the glorious weather made sharing a smile incredibly easy! 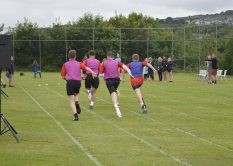 Nothing was going to dampen the spirits of the students on sports day.  Despite the miserable weather it was a fantastic day with records broken across the board. 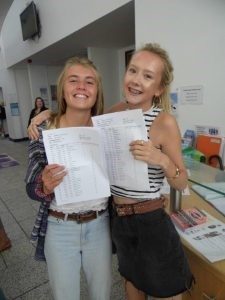 Penryn College’s 2017 GCSE results confirm the school’s continued strong academic performance. Overall, more than 71% of all students, including those with special needs, gained 5 GCSEs at A*-C, including English and Maths at new Grades 4 and above, demonstrating impressive levels of personal progress. 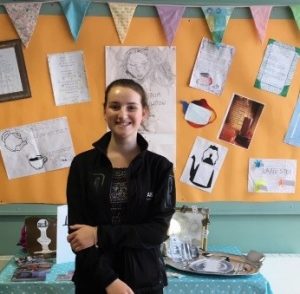 Tea Party with a twist

Following on from the Poetry Tea Party that was held in school in July, the poetry by some of our Year 9 students, was displayed in an exhibition at the Gyllyngdune Tea Festival.  An emotional poem brought many teachers to close tears when read out. 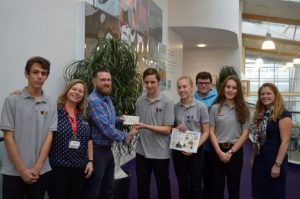 Record breaking amount given to Charity

A cheque for a staggering £2143.81 was given to Stanley’s Friends by the prefects.  This was the highest amount ever raised for a charity. 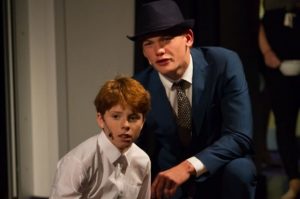 Sell out nights and standing ovations were just some of the highlights from Bugsy.  A truly wonderful performance by the students and dedicated Creative Arts team. 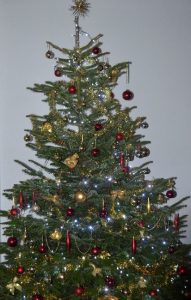 Wishing you a Merry Christmas and a Happy New Year. Celebrations included the wonderful Christmas concert and a special performance and lunch for the elderly in the area.