Penryn College have crowned their most successful football season in history by being the first ever school to concurrently hold the County Cup at Year 9, Year 10 and Year 11 age groups. 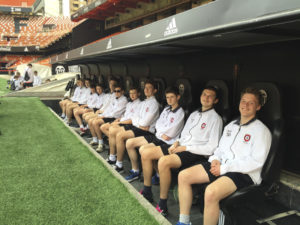 The first of our county winners were the year 11s!

Having already enjoyed a fantastic run to the last 16 of the ESFA National Cup, the Year 11s secured their first ever County title back in January, overcoming a strong Poltair side 3-1 at Cornwall College.

The Year 10s, who also reached the latter stages of the National Cup, won their second consecutive title by beating Newquay Treviglas 2-0 at St Blazey FC.

And the unprecedented Schools’ treble was completed recently by the Year 9’s who beat Callington School 4-1 at Wadebridge FC, thanks to a Liam Morris hat trick. 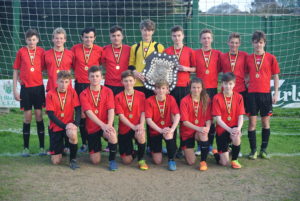 The year 10s and their incredible trophy

The College’s Head of Football, Jake Ash, was extremely proud of the achievement. “We’ve had some fantastic seasons over the last few years, but this year has been extraordinary. All the teams had great National Cup runs, and the Year 11s reaching the last 16 from over 500 schools suggested we would have a good run in the County Cups. But to win three of them has surpassed all our expectations.”

“However, the success is no accident. The school is extremely supportive of the football programme, and all the sports programmes we put in place. 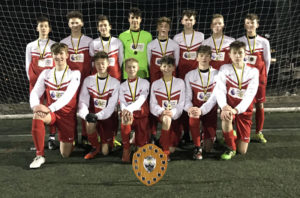 The final of the three wins – our year 9 team

Not only does it allow every one of our pupils who turn up to train access to games on different levels, but it means we can ensure the highly qualified teaching staff and coaches we have here, can work on specific details with talented groups.” This wouldn’t be possible without that support and the immense amount of hours that the PE staff give, not forgetting of course the efforts of the boys and girls themselves.

“I am extremely grateful to them all for what has been a magical season.” 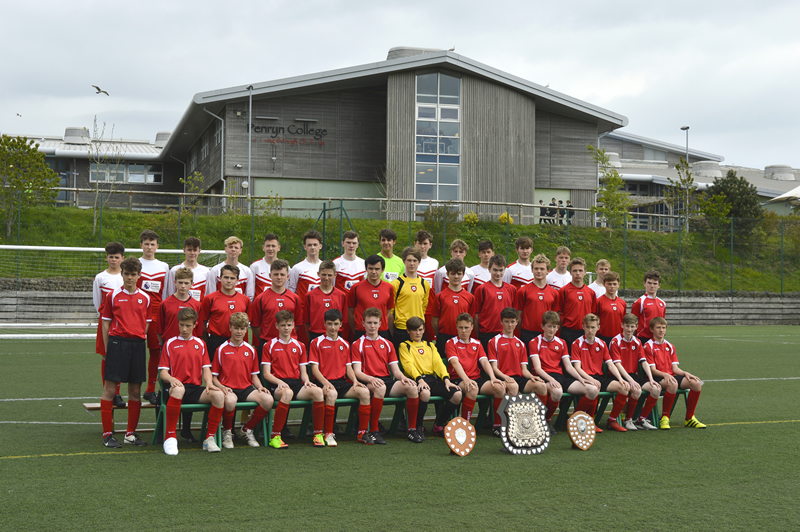