For the first time in over six years Penryn College took part in the Ten Tors challenge on Dartmoor. The event is organised by the Army and is supported by other organisations such as the Dartmoor Rescue Group.

The Penryn College group started their training back in November under the watchful eye of a team of staff. On arrival on Dartmoor on Friday morning the team were given their route and sat down planning how they were going to complete the challenge ahead.

At 5am on Saturday morning ‘Chariots of Fire’ sounded throughout the camp signalling the wake up call to all teams. At 7am the cannons sounded and our 2016 team consisting of Gary Underhill (team leader), Floyd Ratcliffe, Maddie Johnstone, Will Bettison, Jack Snowdon and Alex Walker set off down the hill. 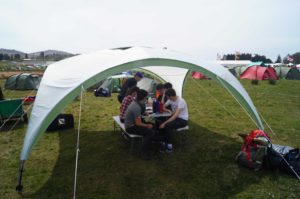 The team stuck to a good pace completing over 34km before injury unfortunately forced Alex to retire late on Saturday night. With morale low due to losing a member and other students suffering, the team had to dig deep but made it another 4km to where they set up camp.

Early Sunday morning the group set off towards the finish and just after 3pm on Sunday the team successfully crossed the line! 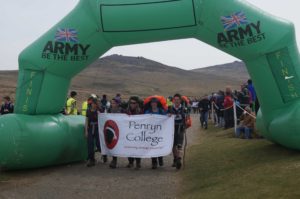 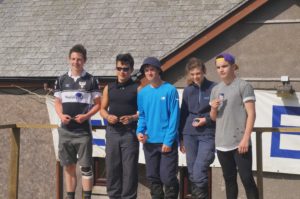 “I couldn’t be more proud of the students, they have worked so hard throughout the training and did so well at the event itself, I couldn’t have asked for any more. A massive thank you to the parents and staff at Penryn College who gave up their time to help the team.”

Congratulations to all the students who took part, a fantastic achievement!