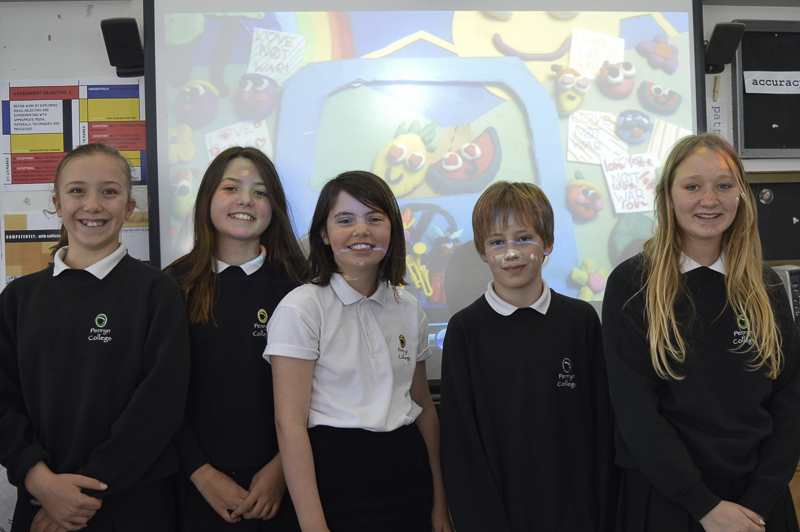 The competition was launched earlier this year by Truro based production company O-Region, Falmouth University’s School of Film and Television and WTW Cinemas. All entries had to be less than 51 seconds long and relate to the theme – 1967 / The Summer of Love. 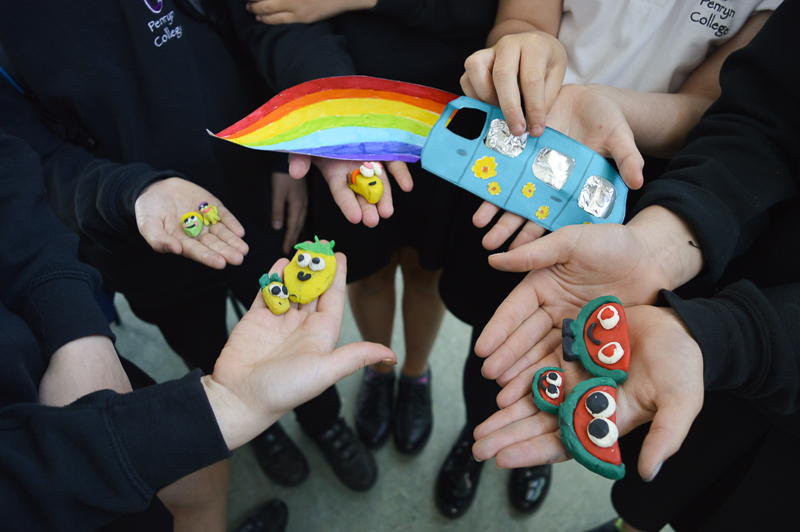 Some of the hand made characters and props

Year 7s Amelia Rendell, Annabelle Brown, Finlay Jackman, Ruby Sadler, Ruby Smaldon, and Zena Jackson created the 47 second film using a stop-motion app on their school iPads. They created their own props and scenery from different materials and some adorable plasticine characters. It was a long process since every element needed to be moved between each shot – including the expressions of their fruit!

The animation was entered into the under 18s category in the hopes of winning the award for Best Young Persons Film. Their film was selected for screening at the Plaza Cinema in Truro which they attended along with Animation Club organiser Karen Narramore.

The results were a fantastic surprise. Penryn College Animation Club came third in the main category – third out of 33 entries! The team took to the stage to collect their fantastic trophy and a prize of £250.

Thanks to all that came the other night – we had a blast!
Here's all the winners.
Runner Up – Hey Fruit by Yr 7 Film Club @collegepenryn pic.twitter.com/UWpBjVSmyS