Home / News / A week of awards and achievements

A week of awards and achievements

It’s been an extremely busy few weeks at the college, but we couldn’t wait any longer to share news of our award celebrations and events.

Our 3rd breaktime Achievements Celebration of the academic year was held on the 28th February. We were thrilled to once again see such a great turn-out of parents and tutors who joined us to recognise the students’ hard work. The college holds these celebrations to recognise those students who have either the most AM points in their year or are in the top 10 achievers for the whole school! As is often the case, many of the students had already been to a ceremony or two this year – very impressive since every half term the count starts from zero.

A special round of applause was given to comperes Amy Walker and Ethan McFadzean-Griffiths. This was their final time presenting the achievement awards as Head Boy and Head Girl prior to taking their GCSE exams.

“This is perhaps the most enjoyable part of our role, to celebrate with students who consistently give their best to the school.” – Amy Walker 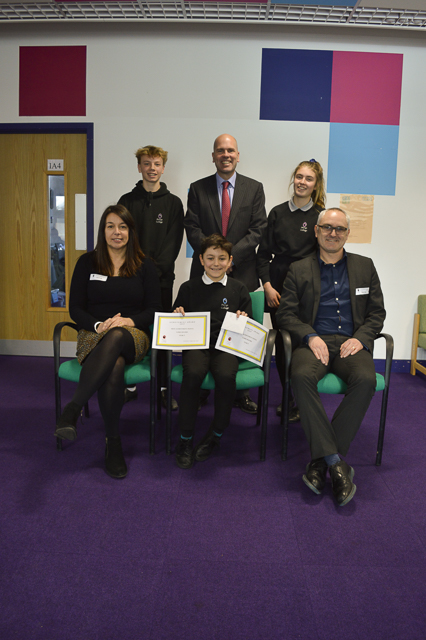 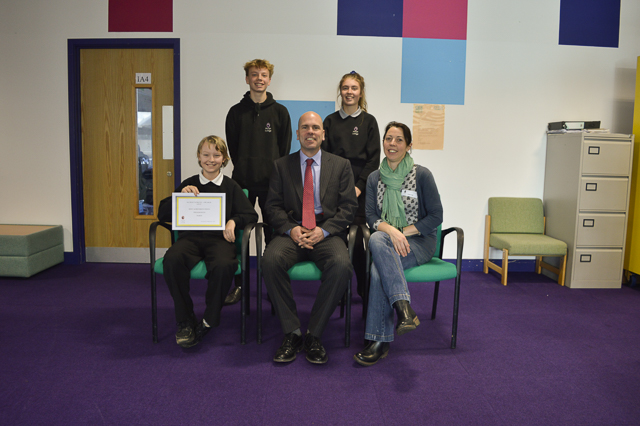 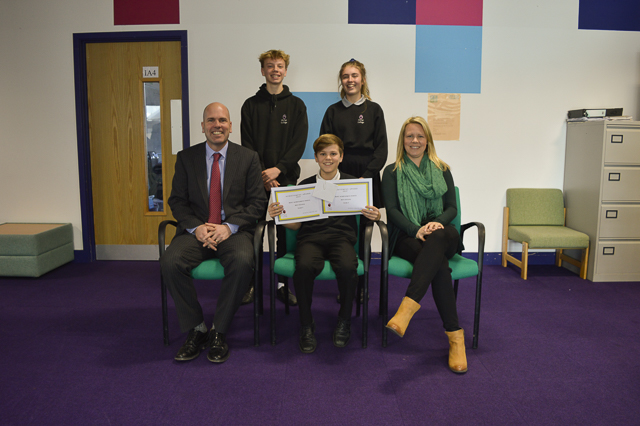 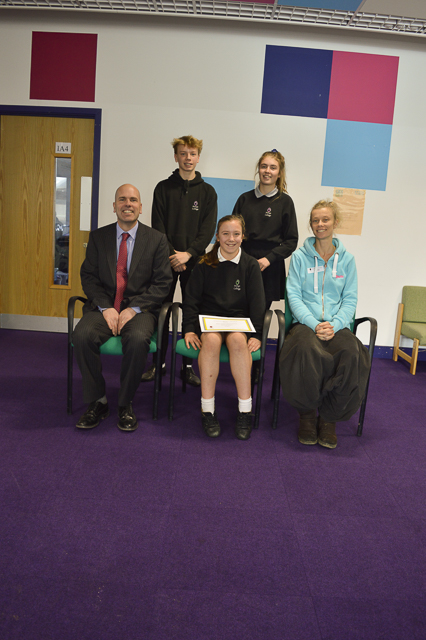 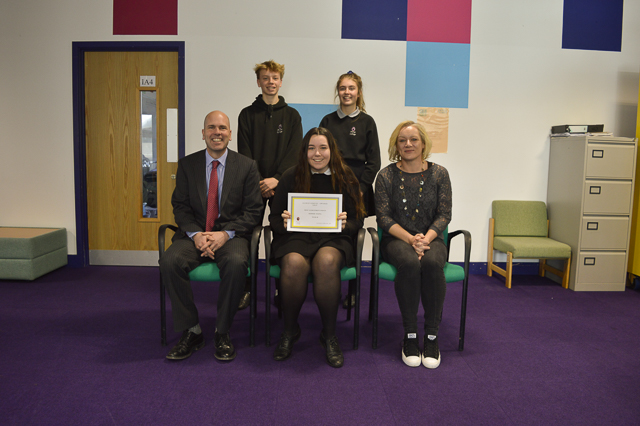 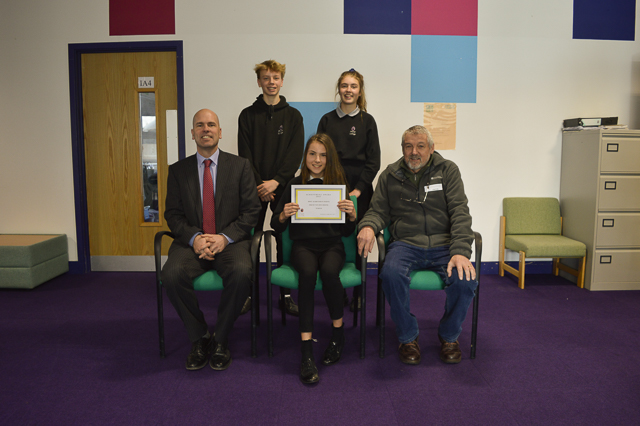 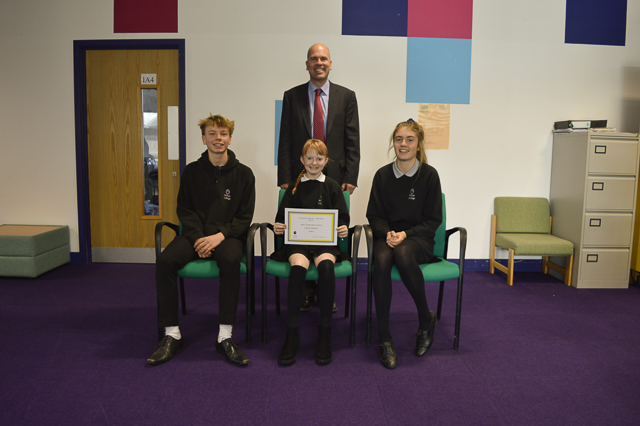 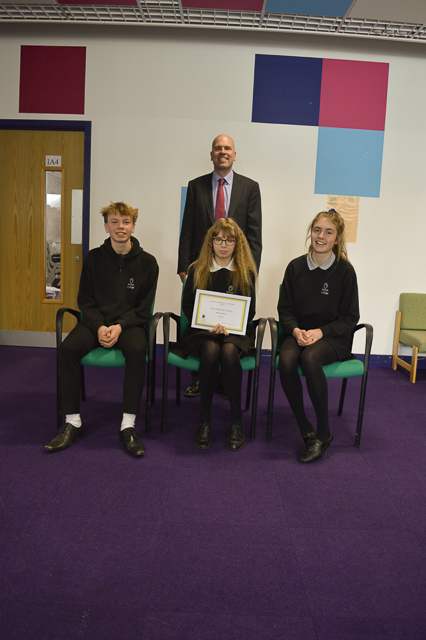 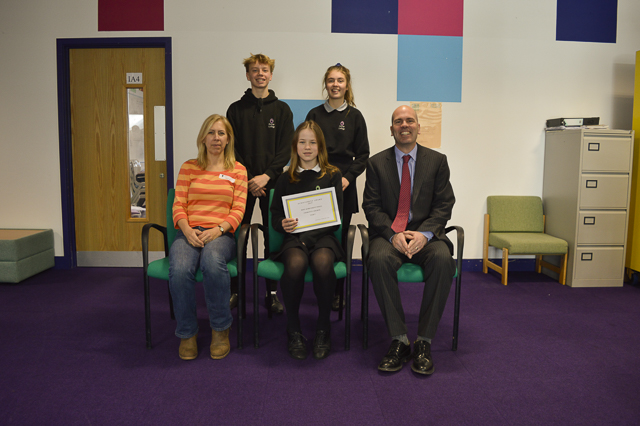 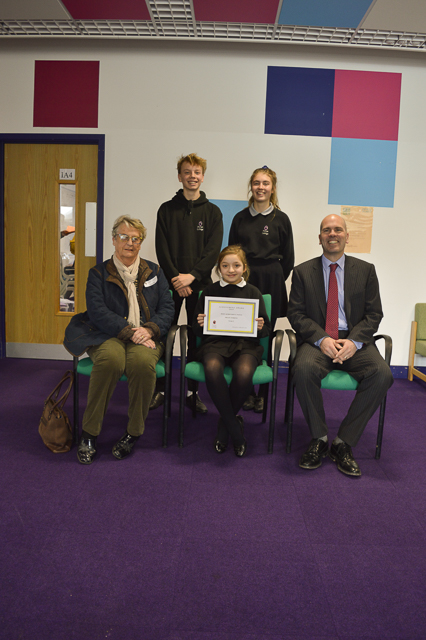 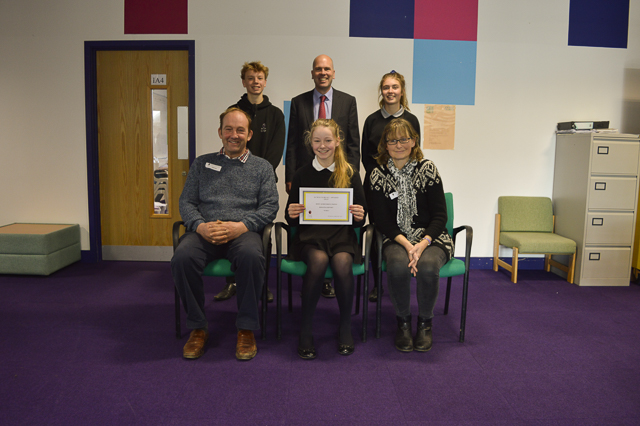 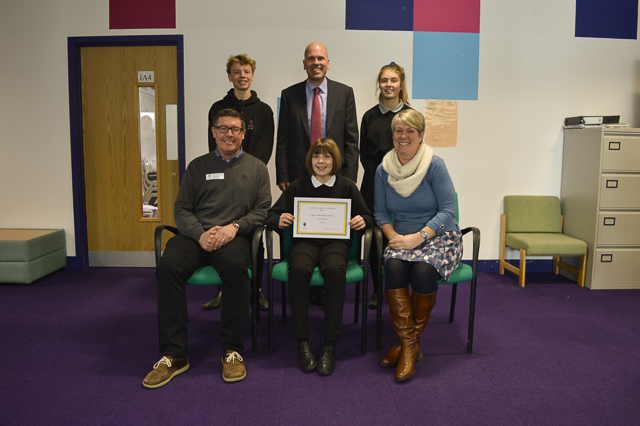 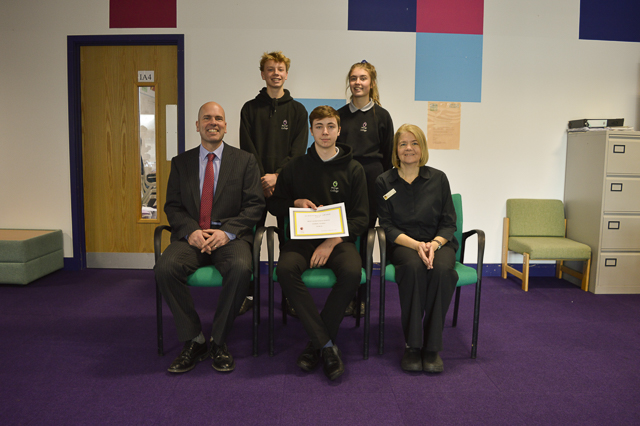 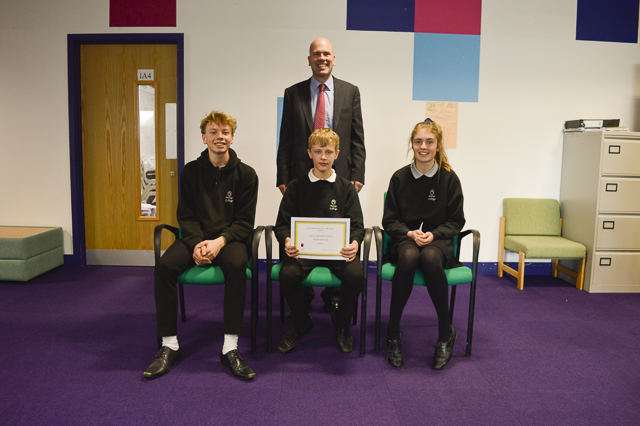 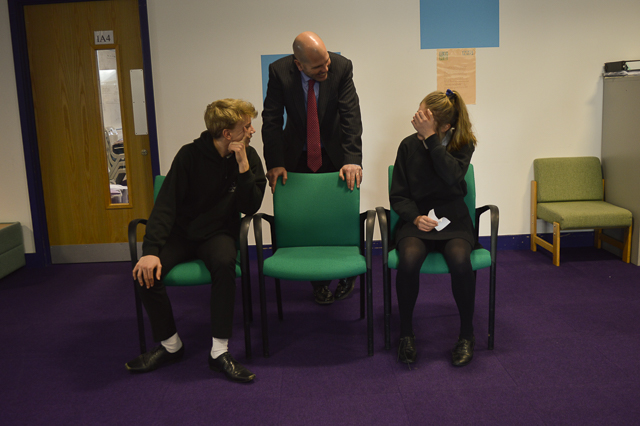 Two days later on 2nd March, we held the first of three Achievement Evenings, which are more formal events celebrating achievement, progress and contribution to school life. After a welcome from the Headteacher, students from each year group were awarded certificates for the most AM points earned and the most progress made. 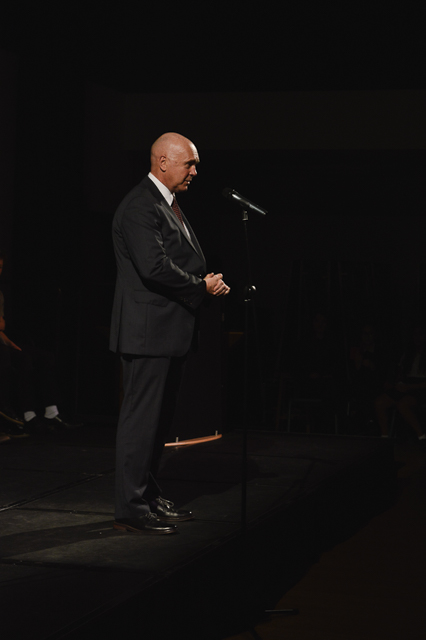 The audience was then addressed by the night’s guest speaker Mr Gerald Pitts. Mr Pitts is a former pupil of Penryn College who left to become an engineering apprentice in Falmouth Docks. After a brief period working in the mining industry, he returned to the docks and made his way up through the ranks all the way to his current role as the Managing Director of A&P Falmouth. 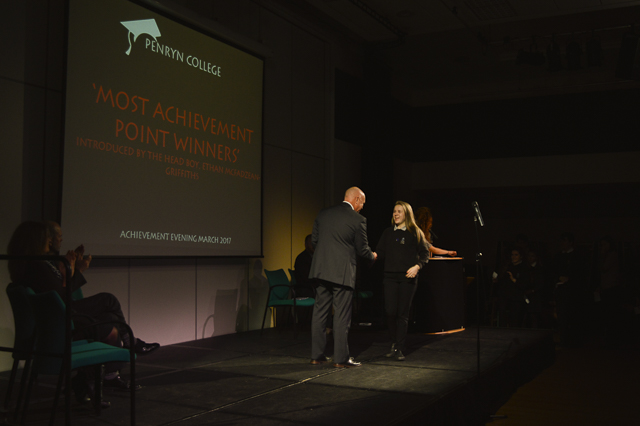 Tutor Awards were then given to one student in each tutor group. Students were met with applause as they made their way to the stage to receive these very special awards. These awards were given for a multitude of reasons from excellent attitudes and perfect uniform to specific achievements in sports or extracurricular activities. The praise given by their tutors was read to each student on receiving their award and it was clear that all of them were fantastic role models. 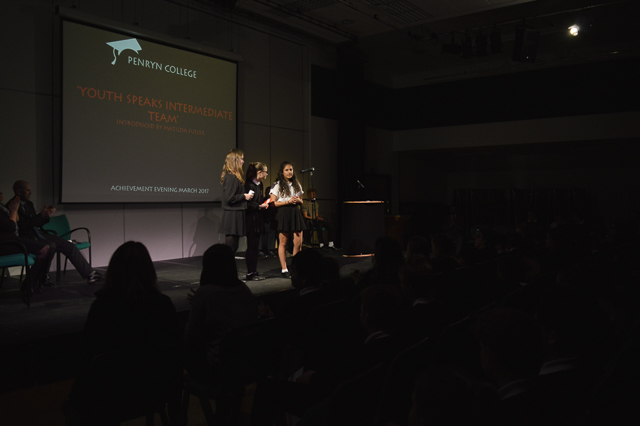 Katy, Dora and Alisha give their public speaking performance. 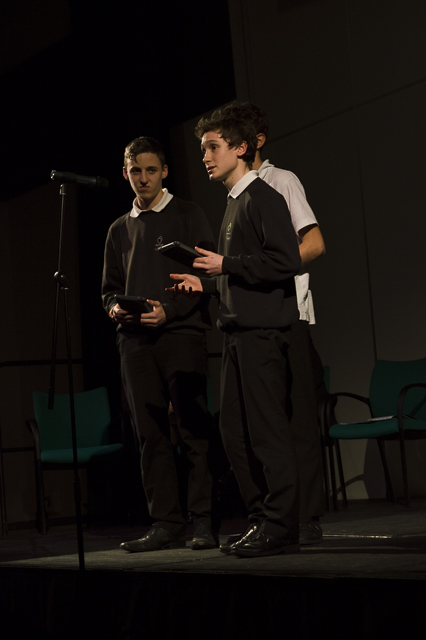 Where there is usually a musical interlude, this evening’s audience was treated to a different kind of entertainment. Scoring highly at a recent Rotary Club competition, our public speaking teams gave two very professional and engaging performances. The Intermediate Team Alisha, Dora and Katy were the first to speak on their chosen subject: the beauty industry, and the effect it has on its audiences. Later in the evening the Senior Team James, Gabe and Alex gave an entertaining and equally convincing point of view on why 16 year olds should have the right to vote.

Our comperes for the night were Head Boy Ethan McFadzean-Griffiths and Deputy Head Girl Matilda Fuller.

Finally, one student from each of our four houses was given a prestigious Head of House award. These awards were chosen by the heads of house with the assistance of staff feedback. They all have beyond brilliant reputations with their teachers and classmates and have done some incredible things both academically and beyond.

The ceremony came to a close with Mr Walker’s closing speech. 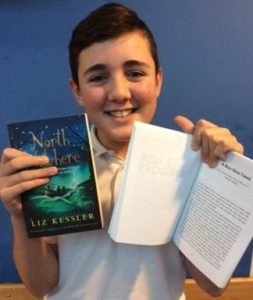 Finlay with his signed copy of “North of Nowhere”

Those of you who are signed up to our newsletter will know that one of our pupils, Finlay Trevartha-Smith, won Bronze in the latest Cornwall Young Author Competition. He has won a signed novel by Liz Kessler, and his entry ‘A Read Head Turner’ has been published in the Anthology. Students can find opportunities like this using the Literacy Resources showbie code 677GH.

Finally, it is not just our students that receive awards. Former headteacher Marie Hunter was awarded the Campbell Award by the Youth Sport Trust at their recent national conference in recognition of her inspiring school leadership and support of sports for young people. Mr Walker was delighted to accept the award on Mrs Hunter’s behalf as she was on a well-deserved holiday.