U15 Netball beat Pate’s 42-34 and are now in the quarter finals, last 8 schools in the country!

Following their 3rd round victory against Millfield the U15 Netball team played the 4th Round fixture of the National Schools Netball Cup against Pates Grammar School from Cheltenham and won. An exciting game, score at half time Penryn were losing 19-22, after the 3rd quarter we were drawn 30-30. The Penryn College team’s fantastic level of fitness just meant their play just got better and better, increasing the gap, winning the match 42-34.

We will play St Helen and St Katharine Independent Girls’ School Abingdon, Oxfordshire in the quarter finals in January. Congratulations to the girls – Final 8 in a national competition –that’s impressive!

After beating the school team from Wales, Cym Rhymni, the U12 Netball Penryn College squad are travelling to Abingdon next week to play the same school in the 4th Round.

Year 11 football team beat Ivybridge Academy 3 – 2 and are in to round 6, last 32 in the country.  Another HUGE result: Y11s beat Ivybridge in Round 5 of the National Cup, to reach Round 6 and the last 32 in the Country. What was even more incredible about the victory was the fact that the boys went 2-0 down after just 15 minutes. They showed huge character and got a quick goal back via the head of Kai Cornish and were level before half time thanks to Callum Thompson’s low strike. The comeback was completed midway through the second half when Dale Bowden headed home from close range from a corner. The defence had to sustain some serious pressure in the last ten minutes to hold firm and secure a famous victory.

The Girls Under 14 Hockey team made Schools County Final and represented Cornwall at the regional competition at Clifton, Bristol.
Our U13 Girls won the Schools Sports Partnership Festival, beating Truro School!

The Winter Games was held on Friday 9th December at Truro School and Penair School.  We took 38 students and  they competed in 3 different events – Swimming, Handball and Indoor Rowing.  Plenty of medals brought home – well done everyone! 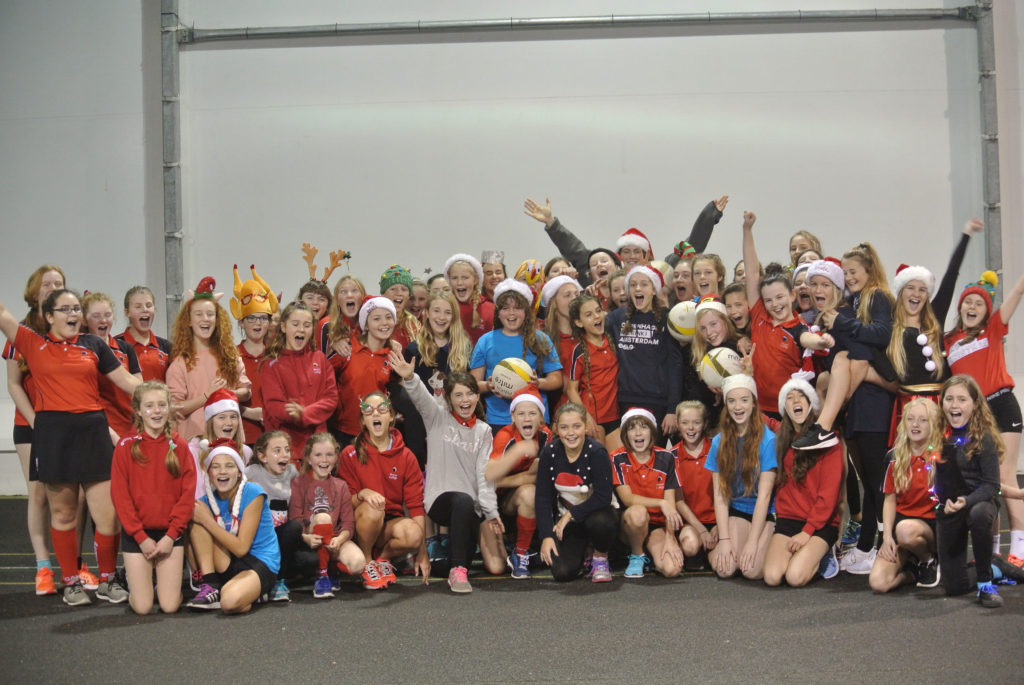