On Tuesday another set of Achievements were celebrated with the current students of the College.  Alongside the usual tutor and Head of House Awards there were some new awards introduced to recognise Leadership, Charity and Community, Perseverance and Endeavour.  Student, Hollie, gave a fantastic musical performance on the piano with a song entitled “Two “ which she had written.

Lauren Rowe and Gabriel Gentile, Head Boy and Girl, compered the evening with Mr Walker stating at the beginning how he looks forward to these celebration evenings.  The Guest Speaker was Niels Van Dinther, Project Manager at Pendennis Shipyard.  The key message from his speech was clear “Be yourself and take ownership for your future.  Grab hold of every opportunity that comes your way and don’t be afraid to deviate from your original plan”.

Colomba Jeraldo was awarded the Perseverance Award for her work ethic in working to the same ability as her peers even though English is her second language.  Charity and Community Awards went to Charlie Lyne, Ben and Molly Trevelyan for their fundraising efforts for the Sunrise appeal.  Outstanding Contribution was given to Jaaime for her kindness and friendship to students.  Matt Marshall and Darcie Howard were awarded the Endeavour Awards for their resilience in overcoming personal circumstances.  A staggering 56 awards were given out throughout the evening.  Closing the evening, Mr Walker said “Wow, it is so humbling to see that on top of your academic studies you do so many other wonderful things that make a difference to other people’s lives.  Tonight’s awards really define why I look forward to these evening so much.  Penryn College is so proud of each and every one of you” 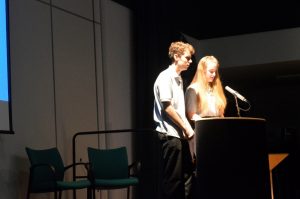 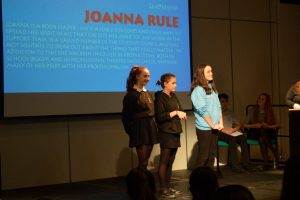 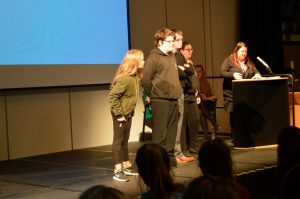 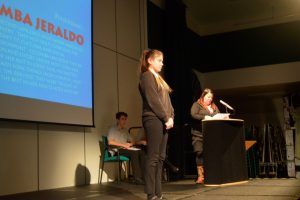 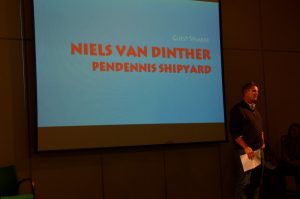 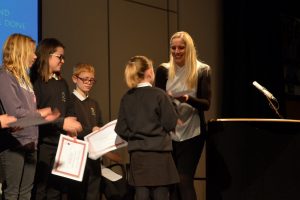 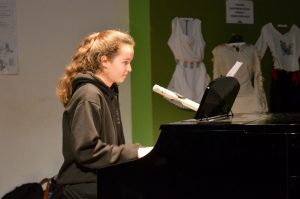 Hollie performing the song “Two” which she had written herself.